The fate of the historic 1899 iron bridge across the Yellow Breeches Creek at Craighead Station has been in peril. It still is but its chances look better. Some years ago, Cumberland County, owner of the bridge, determined that the one-lane bridge is unsatisfactory to handle all the vehicular traffic that would like to take that route. In addition to the bridge being narrow, its intersection with Old York Road is dangerous. The state and county developed a plan for a new concrete span a bit upstream from the iron bridge. That plan also calls for bending Zion Road south of the iron bridge to meet with the new bridge, eliminating the need to remove the iron bridge to make room for the new one. South Middleton Township officials offered to take ownership of the iron bridge if they could use the money budgeted by the state for its demolition to put it in better condition for use by walkers, bicyclists, and fishermen. Last fall, the state told the township demolition funds couldn’t be used to preserve the bridge. Many locals thought it absurd that the government would rather use the money to destroy something of historical and recreational value than to use that money to put the structure to use for the current and future generations.

Today’s Carlisle Sentinel reports that the state may have given erroneous advice regarding the use of the demolition funds. http://cumberlink.com/news/local/craighead-bridge-may-be-restored/article_a66d6442-806d-11e2-af92-0019bb2963f4.html It’s far from certain yet, but the iron lady that has served us well for over a century may not fall to an ignominious end.

Craighead House was the setting for: 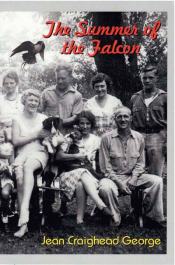 Links to Other Sites